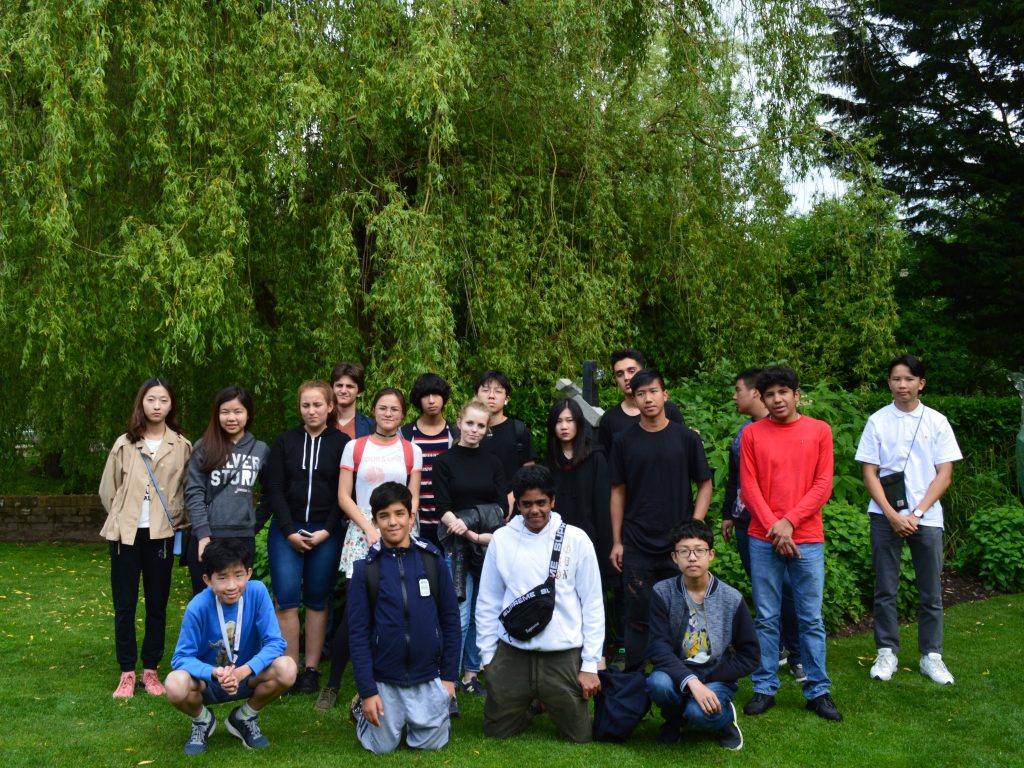 On 31 May 2018 my class, Year 9, and a group of EAL students went to see ‘A Midsummer Night’s Dream’ at the Watermill theatre near Newbury. The play is a comedy by William Shakespeare and is about 4 lovers and is set in Athens, Greece.

The play opens with Theseus (The Duke of Athens) and Hippolyta (The Queen of the Amazons) talking about their wedding day, but they are interrupted by Egeus. Egeus tells Theseus that his daughter, Hermia, doesn’t want to marry Demetrius but her father is forcing her to marry him. The Duke gives her 2 choices, death or to marry Demetrius. But she chooses to run away with her lover Lysander. Before she runs away Hermia tells Helena, her best friend, her plans and Helena, who is in love with Demetrius, tells him. They also head for the Athenian forest where the adventures begin.

The costumes were well made and fitting for the play but to me the Victorian style clothes were unnecessary. I think they should have used more Greek-inspired clothing for the lovers and the royals. The mechanicals’ costumes were inspired by their jobs and this was a good touch – and it was clear who was the weaver, the tailor and the bellows mender!

The director added music and singing, like a musical, this gave a fun and creative aspect to the play. The contemporary music sounded like it was meant to be in the play.  All the actors were able to play different instruments: trombones, guitar and flute added to the vibrant atmosphere.  There were only 8 actors but they all had to play more than one role, which they did with seamless change.

The play has some very humourous moments and  it was so funny that I couldn’t stop myself from laughing. For example, the mechanical’s play at the end was a riot of hilarious slapstick humour. Bottom stole the show with her high jinks and daring acrobatics.

I would recommend this performance; it’s worth going to see because if you love Shakespeare, music and magic, you’re in the right place.