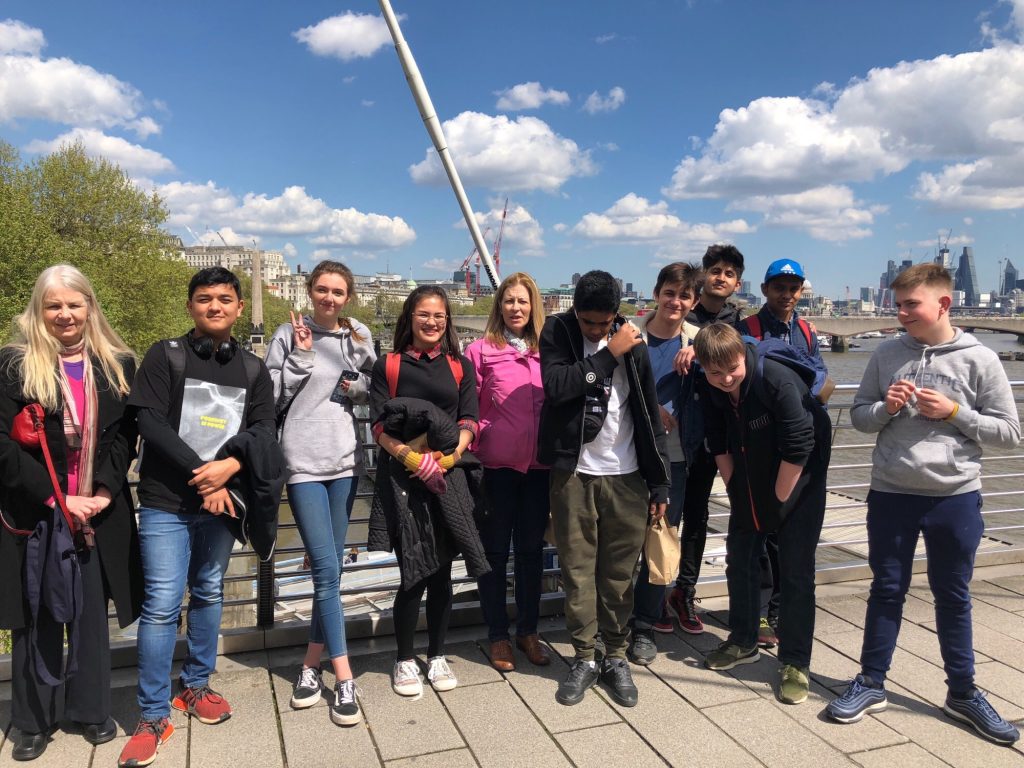 A group of Year 9, Year 10 and Year 12 students went to see Macbeth at the Olivier Theatre in London.

We got there by taking the train to London and walked the rest of the way to the theatre. When we arrived, the sun was out, and we had finished our packed lunches. We were prepared to see Macbeth.

As we got inside the theatre and handed in our tickets, everyone could see a huge wooden deck placed in the middle of the stage. The lights went out.

The play had begun.

The setting of this version of Macbeth was a gritty post-apocalyptic Scotland where food was cut short; everyone was wearing filthy clothes with added tape to keep the costumes together; and the ruler was fitted in red garments to emphasize his superiority.

The play started with an execution of a traitor to King Duncan, the ruler of dystopian Scotland and the rest of the production consistently continued this sinister atmosphere.

Macbeth was seen as a great warrior but with makeshift armour and handmade weapons, whereas Banquo, Macbeth’s best friend, was depicted as a good man who cared deeply for his son, Fleance. Lady Macbeth looked like your average woman, with normal clothes and clean hair. The three witches each had individuality, and all looked very different. The ‘main’ witch came in with a deep moaning voice and she wore a manly Victorian-like outfit; while the second witch had something like a grungy tutu—something an evil fairy would wear. Lastly, the third witch wore a skimpy, black dress and had a dark mane of hair.

My favourite scene was when the witches prophesised three warnings for Macbeth.

I believe that the aesthetics were well put together but since the theatre director decided not to change the original script, the dystopian atmosphere didn’t make sense with a script that uses a medieval, Scottish setting. If they had tweaked the script a little to ensure it fitted well with the aesthetics, the production would have made so much more sense to audience members who have never studied/seen Macbeth before.